Here it is, the big fat secret that nobody wants to admit to, acknowledge, or face…

Nobody, and I mean nobody, knows anything.

Everyone is making shit up as they go along.

They’re all winging it.

There are only probabilities, no certainties.

Language. Religion. Science. All make believe, only as “real” as the number of people who believe in them.

As Morpheus stated, “Your mind makes it real”.

But as much as you’d love to find someone who can explain it all, answer your questions, tell you what you should do, magically reveal your purpose or the grand secrets of the universe, alas, such a person simply doesn’t exist.

Oh sure, that doesn’t stop people from trying 😂

There are plenty who will tell you they have the answers. Gurus. Politicians. Teachers. Parents. Religious leaders.

No shortage of folks out there who’ll try to sell you their answers. But alas…

Those people are nothing but moist robots.

And that brings us to a very important word, that far too people are familiar with.

Summed up: Nobody can be certain of anything except that their mind seems to exist.

The sense of I Am.

Awareness of your awareness. What we have named consciousness.

Everything else, everything derived from our senses, unfortunately, is suspect.

Your senses can’t possibly be trusted. Take a look at any optical illusion and it becomes abundantly clear that we don’t experience reality as it truly is. Not even close.

The brain plays tricks, your senses operate out of sync, no two people experience reality exactly the same way.

Your memories are constantly being edited and re-encoded.

Hell, “You” can’t even be trusted.

“You” are an amalgam of countless illusions piled together, beginning with the illusion of separateness, a name, an I, and building from there.

“You” are a collection of fragmented, unstable memories, floating around an illusory identity. 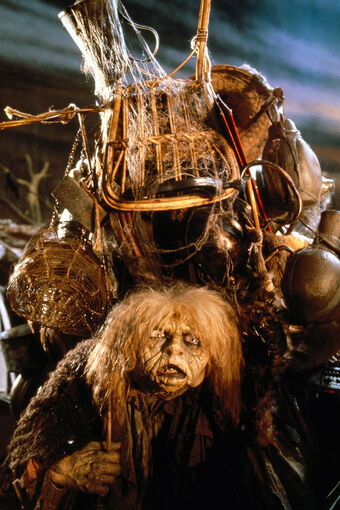 A hoarder of ego, clinging to all the things that make you, well, you.

Morpheus asked Neo, “What is real?” 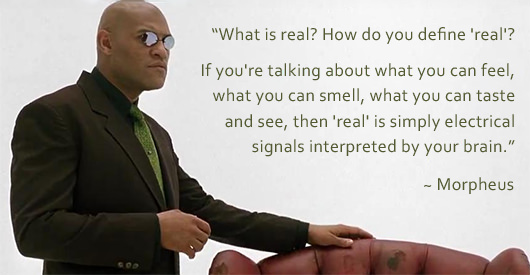 Can you answer that question? Truly answer it?

As far as quantum physics is concerned (which is, really, just exploring the inner workings of our illusion), the answer actually appears to be…nothing.

Both the Quantum Observer Effect and the Holographic Universe Theory indicate that everything is literally an illusion, and only appears real (whatever that even means) when observed.

This is it buddy, the bottom of the rabbit hole.

Which brings us to one of my favorite quotes:

And this idea, that life is a single player game, doesn’t mean that there is nobody else in the game, or that they don’t/can’t matter in some fashion.

It simply means you can choose how you play it, and nobody else can play it for you.

Your path is yours and yours alone.

To be fair, it’s possible that we live in a deterministic universe, and you have no free will whatsoever…but that seems like a pretty shitty way to move through life.

That road leads to nihilism, which is, well, pointless 😂

Whether true or false, life is more fun if you operate from a growth mindset, and take accountability for your existence.

And since nobody really has any fucking clue, you might as well have some fun!

If it’s all an illusion, whether game, simulation, dream, psychedelic trip, whatever you want to call it…if reality is in fact illusory, what’s stopping you from treating it that way?

What’s stopping you from playing the game your way? From enjoying the amusement park?